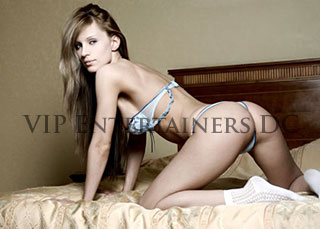 Hey there! My name is Jill, and I am an escort-for-hire who is available for both men and women...or both! I really have had some awesome experiences with other women and wanted to share some of them with you. In a nutshell...powerful women really get me going. There is just something that makes me come alive when a woman with a powerful influence comes into my realm. Here are some of my favorite dates with women I can't get out of my mind.

She Was Built, But Not In A Scary Way

I had a date with a woman named Marina who was a female body-builder. Now, when I got the phone call and she told me what she would like during her date, I had some reservations. She was bound to be a lot bigger than me and I was a bit wary about that. She probably was "manly" because of her line of work. At least that was what my preconceived notion was. Boy, was I wrong. Although she was a bodybuilder, you couldn't tell when she had clothing on. She was fit, sure...but she didn't have that chiseled look to her face. She was absolutely stunning! She had so many dreams of moving up in rankings too. I commend her for her perseverance and I like to think of her now and again when I feel like I am not striving toward my goals as I should. She made me try harder in everything I do!

Someone Who Would Do Anything For Their Partner

When I was asked to go on a couple's date for the first time, I wasn't sure what to expect. I knew I needed to focus on both of my clients equally. The female partner, Jacki, was pretty and very bubbly. She would do anything her husband asked her to...without any qualms about it. She, in fact, is the one that hired me. She did it for her husband. What wife does that? Usually it is the man making the plans. She wanted to spice things up in the bedroom and figured this was a great way to learn some tricks of the trade. I made sure to teach Jacki everything that would make her successful in this way. I took the time to email her privately, and we had everything planned out well before the date began. It went perfectly, and she keeps in touch with me to this day!

A Woman Who Just Wants Another Woman To Be With

Chloe was a woman who had contacted me to go out on the town for a date. She didn't know anyone in the area and loves to party. I was totally up for this kind of date! We made that nightclub come alive with our dancing and the attention we gave to each other on the dance floor. It was so thrilling, that when we got back to her hotel room for a nightcap, we couldn't stop rehashing what we had done already. One thing led to another, and I taught Chloe a thing or two about stripping, massage, and being with another woman. That was something she never did before...so I was the first!